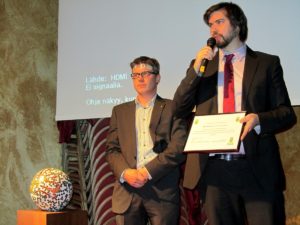 The Finnish Centre for Open Systems and Solutions – COSS, awarded for the first time an honorary award Open World Hero at the Openmind conference on Wednesday the 2nd October. The award, kindly donated by IBM, is designed by a Finnish artist Virginie Loÿ. It is a glass mosaic globe named ‘In the Nucleus’. The globe is a part of her series ‘Finnish heroes around the world’, the theme of the ‘In the Nucleus’- globe celebrates Linus Torvalds’ work as the developer of open source software.

The award recipients, Allan Schneitz and the Dream School Project, were selected among several excellent candidates. The prize jury states the reasons for the choice like this: “The Dream School brings ICT to the everyday life of the schools and keeps the dream of educational equality alive. It is also a product that is suitable for export.’

The Finnish language school authority in Kauniainen has resolutely developed its education sector and the use of ICT as part of teaching and learning and education administration. The result is the Dream School, which taps into Open Source domains: open source code, open architecture and open innovation.

Allan’s valuable and active work for the Dream School project has served as a good example and it has been a source of inspiration for people who are interested in open ICT and spreading the use of open ICT.

Open World Hero award is a yearly challenge that will be given to the winner as a recognition for significant and outstanding Finnish contribution towards openness of information systems, publishing or other activity that promotes the goals of COSS. 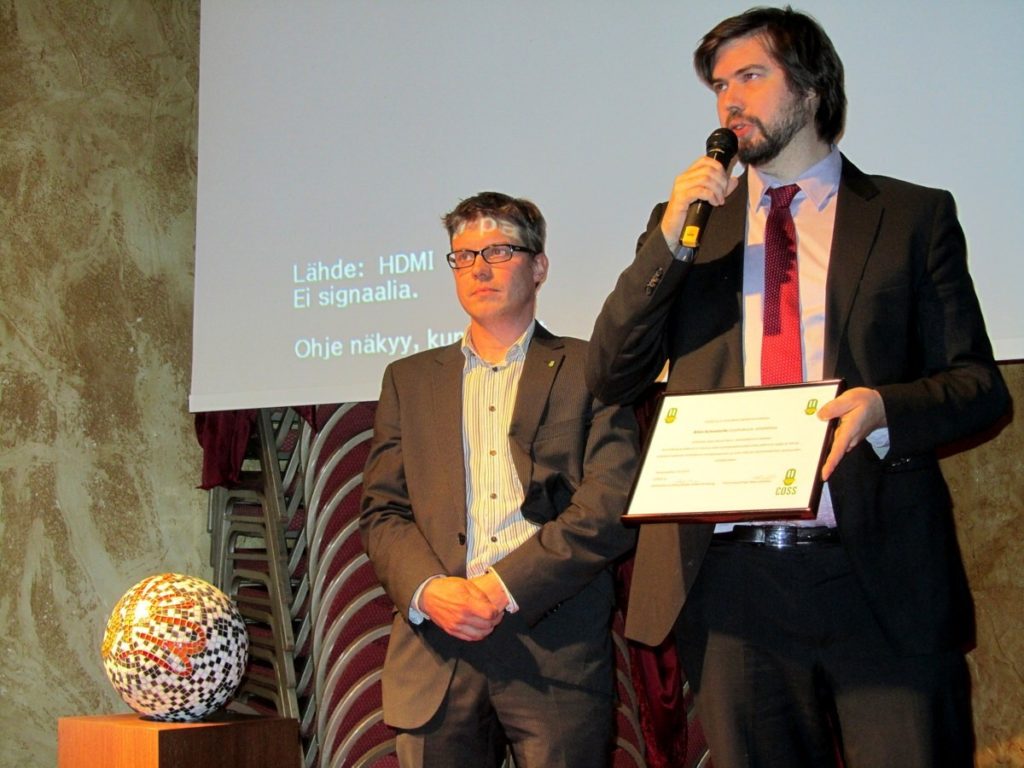 Behind on the left the representative of the prize donor, Jyrki Koskinen IBM, and on the right the chairman of COSS’ board of directors Jukka Hornborg from Ixonos. At the front COSS’ executive manager Ilkka Lehtinen.